Who can you trust, and how do you trust? These are two challenging questions that every entrepreneurial CEO has to address to ensure growth, profitability and productivity. Article #7 in a series exploring the big questions that entrepreneurs ask as they’re starting up and growing their businesses.

Warren Buffet had it right: “It takes 20 years to build a reputation and five minutes to ruin it.” Trust is hard to earn, but easy to break. In today’s “hybrid” / “work-from-home” / “remote-first” work environment, earning trust is all the more difficult. As Alexandra Samuel writes in JSTOR Daily (emphasis mine):

Trust, as it develops in offline contexts, is inextricable from the tangible, face-to-face nature of human relationships.  In the absence of that physicality—the ability for trust to be seen and felt, in eye contact or a handshake—many scholars are skeptical about the very meaning of “trust” online.

Many of us (be honest, now) were slightly relieved when the summer business ritual of the corporate leadership retreat was cancelled (or more likely, perhaps, moved online): at least we could get a few hours back to actually get some work done. But it turns out, those “rope courses” and “trust fall” exercises serve an important function (when done right). They build trust between leaders, and between leaders and employees. And this trust is critical, not just for happier employees, but for more efficient companies.

Economist and Nobel Laureate Ken Arrow (perhaps best known for “Arrow’s Impossibility Theorem“) wrote in 1975 (emphasis mine): “It can be plausibly argued that much of the economic backwardness in the world can be explained by the lack of mutual confidence.” Chami and Fullenkamp (2002) noted the following about Arrow’s claim: “What is striking about Arrow’s remark is that he cites mutual confidence – trust – rather than technology, natural resources, education, or some other input as being essential to the development of an economy.”

Dirks & Skarlicki (2004) conducted a meta-analysis of studies relating various aspects of trust to corporate profitability. They found three studies in particular that (emphasis mine)

support the conclusion that trust is related to “bottomline” effects in terms of group and organizational performance. What is interesting is the magnitude of the effect suggested by the studies – the effect is even stronger than what might be expected based on the data from studies of trust at the individual level and its relationship with seemingly more proximal factors such as individual performance and organizational citizenship behavior.

Estimates for the “trust bump” in the bottom line vary from around 7% all the way up to 20% or so. For a high margin business, this may not seem like much, but for businesses where a few percentage points mean the difference between profit and loss, trust can be an important success (or even survival) factor.

Researchers in social psychology differentiate between two kinds of trust – affective and cognitive. Cognitive trust is based on our knowledge and evidence about those we choose to trust. Affective trust, on the other hand, is born out of our emotional ties with others, including the security and the confidence we place in others based on the feelings generated by our interactions. Sometimes, the differences of cognitive and affective trust have been described as trusting with your head (cognitive) and trusting with your heart (affective).

Now the skeptics among you who have followed my logic closely may point out a potential flaw in the reasoning: what direction of trust was being measured in those profitability studies? Was is trust in the leadership, or trust in the employees? And what kind of trust was it? Trust is complicated — it’s multidimensional, as this diagram on the varieties of trust illustrates: 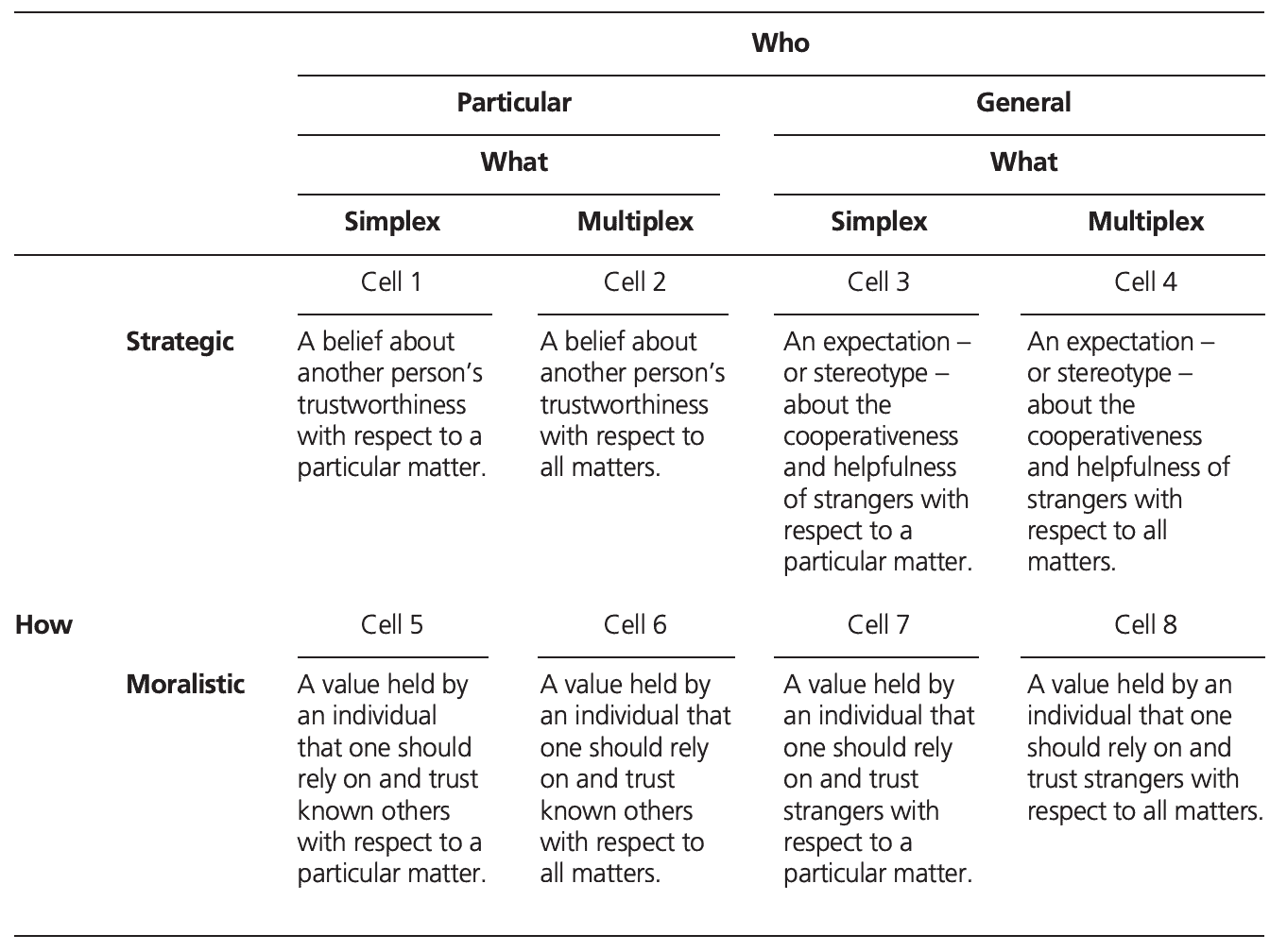 Furthermore, you can look at trust from two more dimensions: intent and condition:

As to directionality, well, ultimately it doesn’t matter: all the many different forms of trust can be broken — even the “unconditional” kind) if the recipient of the trust (the “grantee” or “trustee”) ultimately demonstrates untrustworthiness. Research shows that the acts of trust are based on both general and conditional factors. General (“trustor”) factors can be described in part as the “altruistic” nature of the trust grantor: are they generally inclined to trust or distrust others in specific circumstances? Conditional (“situational”) factors involve an assessment of the grantee’s intent and the observation of the grantee’s behaviors. How much each factor plays into the trust decision will vary dramatically from individual to individual. But one thing remains true.

Trust is easy to model, but hard to earn.

In his book The Decision to Trust: How Leaders Create High-Trust Organizations, Robert F. Hurley developed a model for trust that draws on these two categories of factors to describe the trust relationship. He identifies 10 total factors: three “trustor” (“general”) factors, and seven “situational” (“conditional”) factors that you need to address in order to build trusting relationships with colleagues, acquaintances, friends and loved ones: 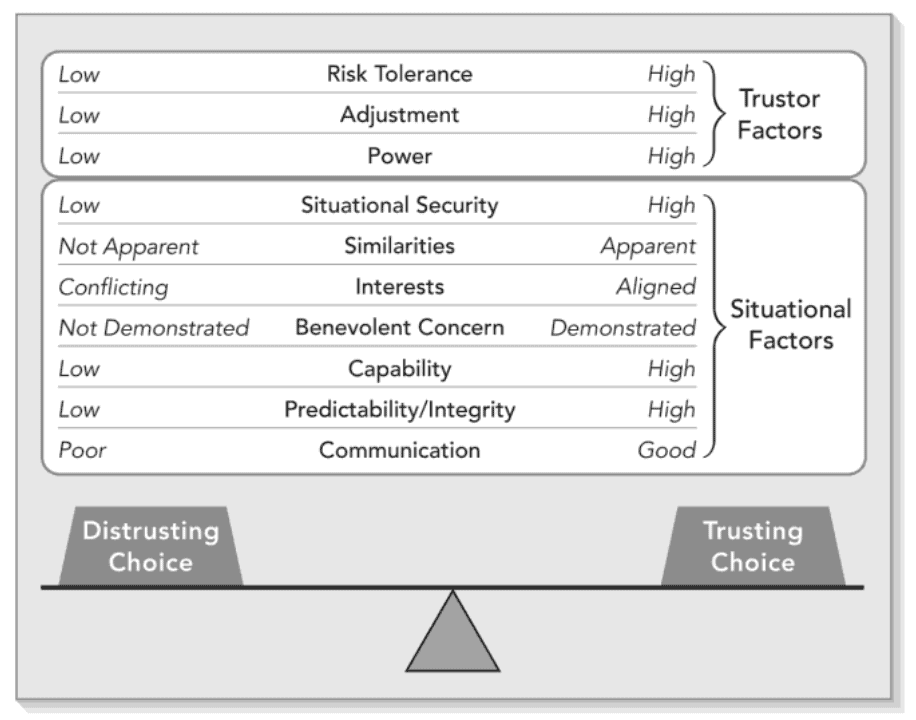 Do you trust your employees, partners, consultants and suppliers? Let us know in the comments below.

READ THE NEXT ARTICLE IN THIS SERIES 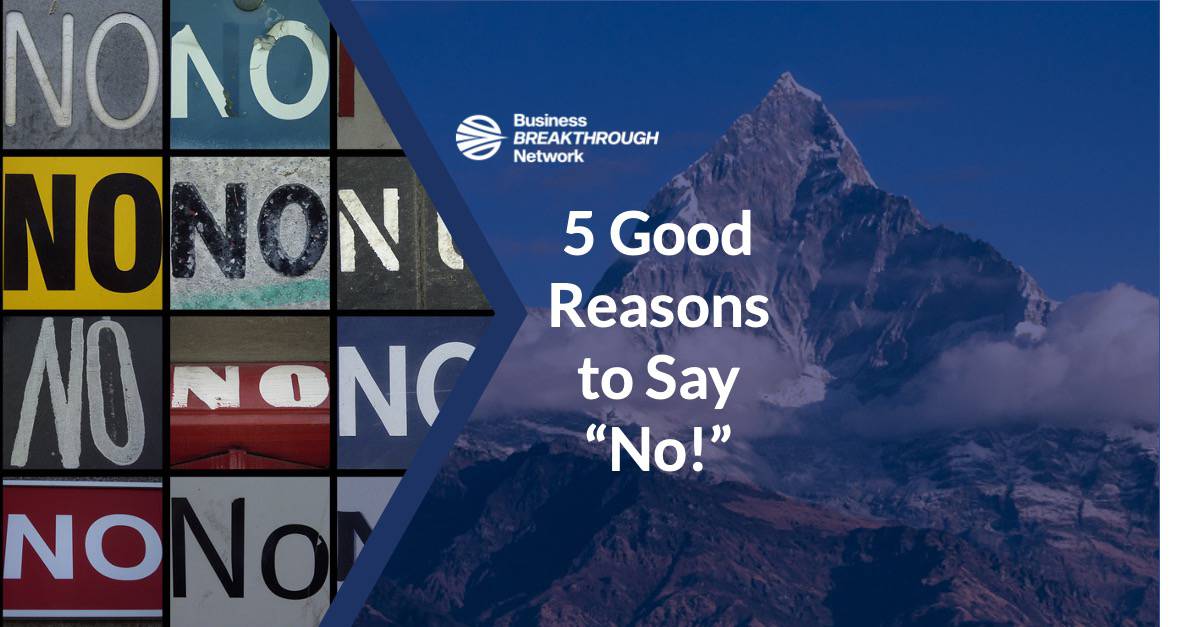 It’s hard to say no, especially when you’re a small business just getting started. Learn to spot the leading signs that you should back off and turn down an opportunity to grow your business the wrong way. Article #11 in a series exploring the big questions that entrepreneurs ask as they’re starting up and growing their businesses. 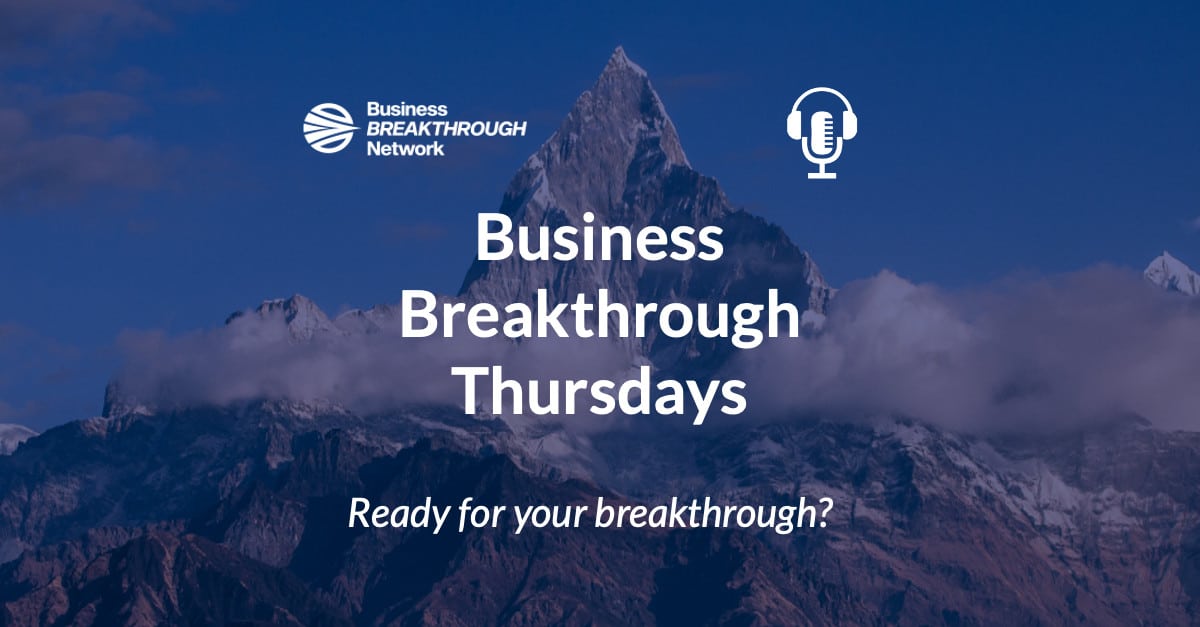 In Episode 7 of Business Breakthrough Thursdays, our regular host Dave Fionda shares his tips on how entrepreneurial CEOs and tech founders can grow and hone their business development skills—even if they’re not good at the “hard sell.” Business development isn’t about selling, he reminds us. It’s about identifying, closing and nurturing the key relationships you need to acquire many customers. 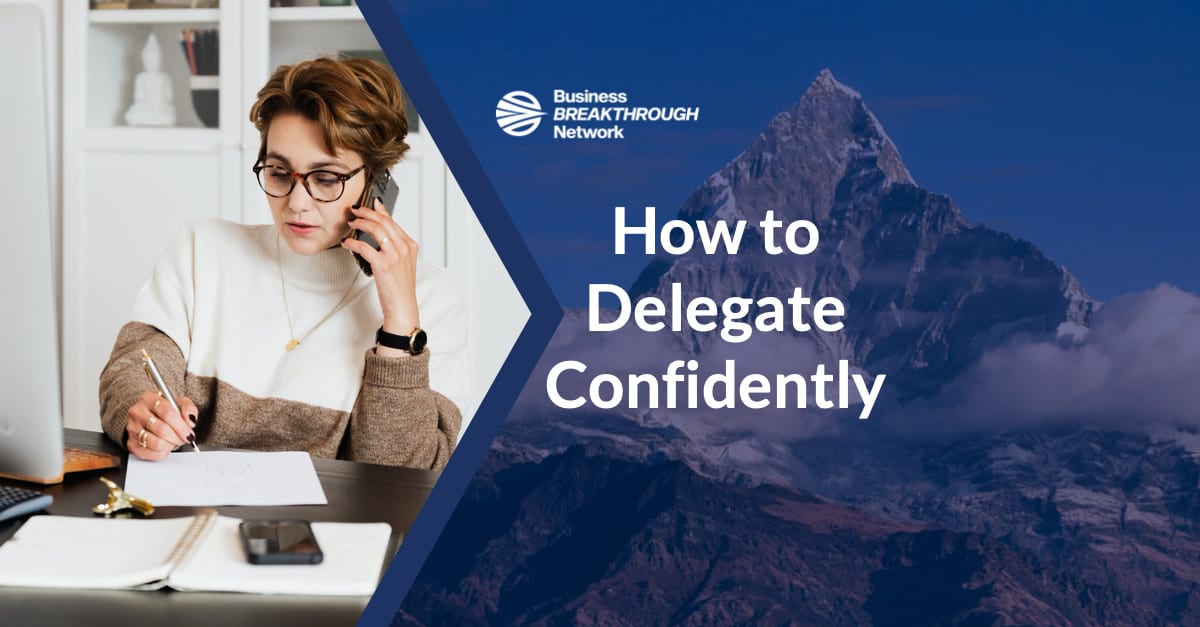 One of the biggest obstacles to growing a business is actually the leader of that business. Knowing when to step back, how to delegate and who to trust is the key to accelerating growth and ensuring long-term success. Article #13 in a series exploring the big questions that entrepreneurs ask as they’re starting up and growing their businesses.

This website uses cookies to improve your experience while you navigate through the website. Out of these, the cookies that are categorized as necessary are stored on your browser as they are essential for the working of basic functionalities of the website. We also use third-party cookies that help us analyze and understand how you use this website. These cookies will be stored in your browser only with your consent. You also have the option to opt-out of these cookies. But opting out of some of these cookies may affect your browsing experience.
Necessary Always Enabled
Necessary cookies are absolutely essential for the website to function properly. This category only includes cookies that ensures basic functionalities and security features of the website. These cookies do not store any personal information.
Non-necessary
Any cookies that may not be particularly necessary for the website to function and is used specifically to collect user personal data via analytics, ads, other embedded contents are termed as non-necessary cookies. It is mandatory to procure user consent prior to running these cookies on your website.
SAVE & ACCEPT